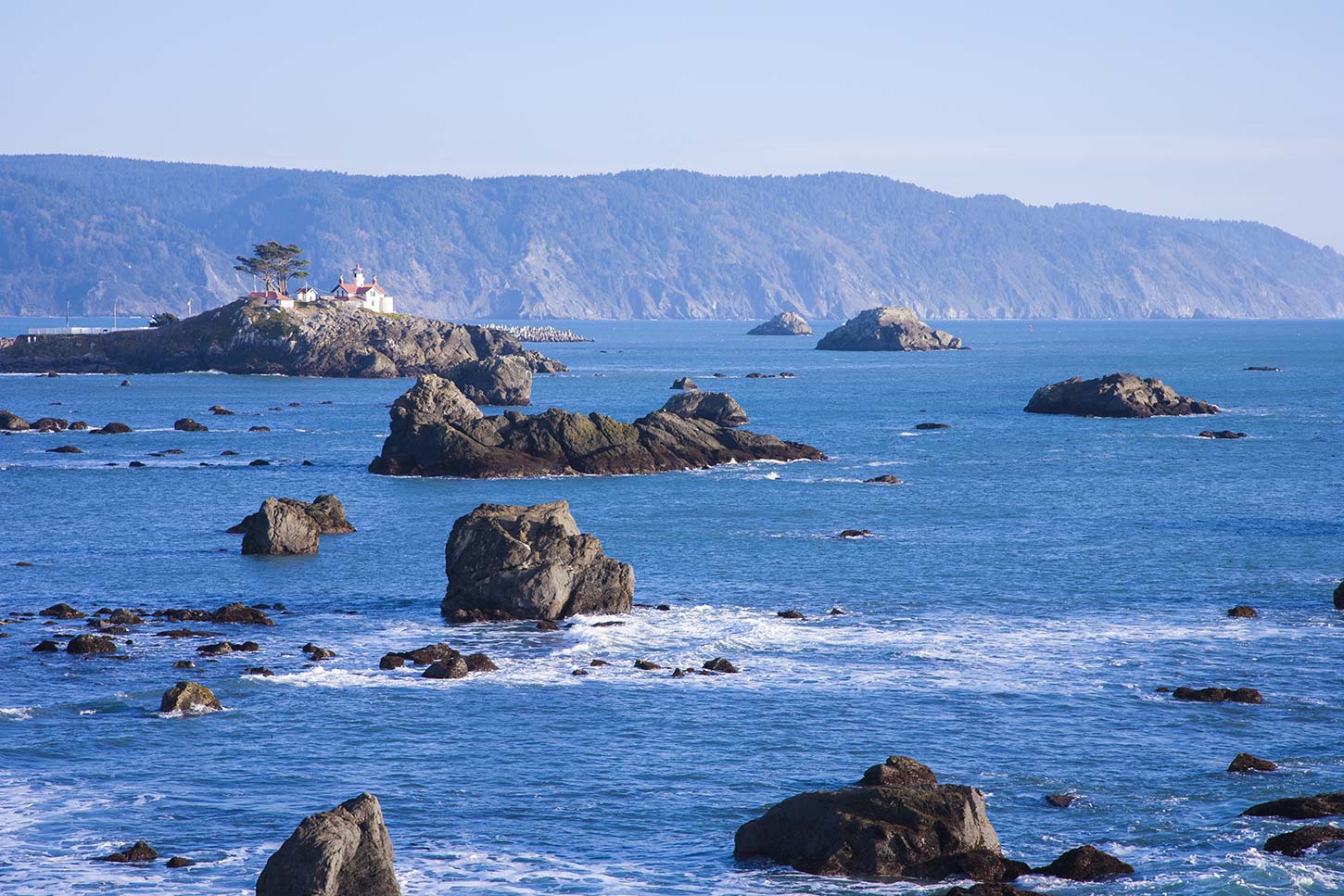 Crescent City’s Battery Point Lighthouse, with the bluffs of Del Norte Coast Redwoods in the background

California's North Coast has the biggest and tallest redwoods, the lushest, most scenic woodland, and the best hiking trails. If you can spend at least three or four days taking a trip to the redwoods, this is the place to go.

The most spectacular redwoods are in Jedediah Smith, Del Norte, and Prairie Creek Redwoods State Parks, which were acquired before the area was logged and contain large, pristine tracts of old-growth redwoods.

Redwood National Park was acquired much later and has fewer old-growth trails. It’s mainly a huge, remote backcountry with a patchwork of old-growth and second-growth forests.

Select a park for more information. 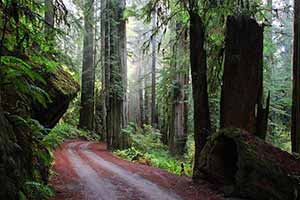 The most scenic of all redwood forests. Magnificent, light-filled, and unspoiled — maybe too unspoiled, since there are only a few trails. 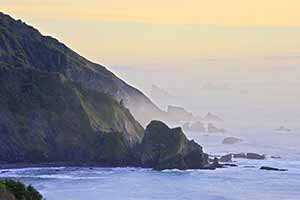 The only redwood park on a high coastal bluff, Del Norte Coast has less old growth than its neighbors, and its area of really big trees is unfortunately split by Highway 101. But it’s one of the best places to photograph redwoods. 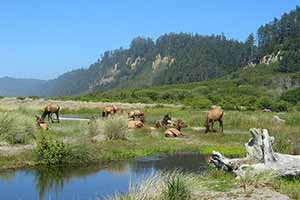 This remarkable park has a huge swath of the lushest redwood forest anywhere, with an extensive network of serene trails, a scenic undeveloped beach, a herd of wild elk, and the popular Fern Canyon. 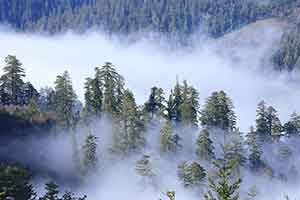 The trails here have less impressive redwoods but more of a wilderness feel, without traffic noise or nearby development.

Reviews and maps of every old-growth trail in Redwood National and State Parks.

All the drive-in campgrounds in the parks, with suggested campsites.

Reviews of all the trail campgrounds.

The most scenic old-growth redwood drives.

A few suggestions for the best locations and conditions for taking pictures.

How cold/rainy/smoky/landslide-y will it be?

How to get there

Driving: it's a pretty nice 6 hour drive from San Francisco, but traffic can get really slow on summer weekends.

Highway 101 is occasionally closed for days from landslides in the winter and fires in late summer and fall. The Caltrans Quickmap is the best source for highway closure information.

Crescent City airport (CEC): Crescent City has a nice, new (but tiny) terminal building with only two flights per day: one to Oakland each morning and one from Oakland each afternoon. If the flight times happen to work, it can be very convenient; the airport is only a 15-minute drive from Jedediah Smith Redwoods. The flights are also much cheaper than flights to Arcata.